This song grows on you the more you listen to it. It has this awesome UFO-like synthesiser loop going on in the background before the beat is even dropped.

Be sure you listen to it on a proper system with the bass turned so high the windows shake, otherwise you won’t experience it properly (do send my apologies to the neighbours! )

Its taken from from the 1999 album Amplified, which was the first hip-hop album I ever owned and remains my favourite to this day. At first it sounds like some kind of cheesy “Gettin’ jiggy with it” thing, but when you understand the message the album evolves to a new level.

I have been known to listen to this album on repeat for about 8 hours. It gets boring at first before getting unbelievably awesome. I swear there is some kind of transcendental meditation like mantra going on in the background, or it could just be one of the backup singers grunting.

Anyway, “go hard” tells the story of trials and tribulations in the life of Tip mostly his personal philosophy of doing his thing, the right thing, regardless of the obstacles. You will not regret living the Tip philosophy, just try it. “once you vibe with it you will keep on coming back”. 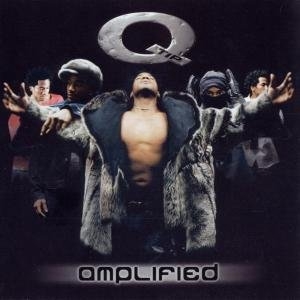 p.s. this song is even better when it is followed immediately by “Do it” since on the album they are the same song.